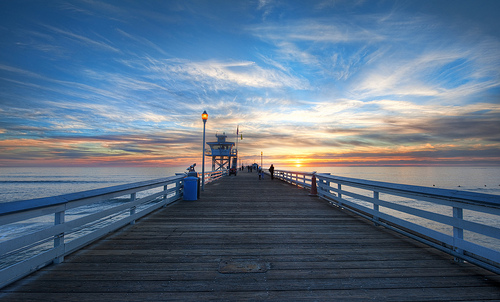 The German-language document you may find here!

Dear Ladies and Gentlemen of the TV- and Radio-Stations, Dear Officers of the International Human Rights Representation,

As reported yesterday by SWF/BW via TV, things are still going on in Congo as they were about 300 years before Christ and this in the 20th century.

We write the year 2008 and at the same time in Africa, in the Congo women and children are partly cruelly raped. The vagina is cut with broken glass, the uterus is destroyed, with the barrel of a gun and other objects the women are worked on in this regard and afterwards they are expelled by their husbands because they have become impure.

Children are raped several times, with the perpetrators lining up, first enjoying themselves and then killing them, or putting these people into trauma, with the body and the soul injured, as would happen to us Europeans in the same way as well.

And now we come to the point of this letter.

Why do you as a broadcaster broadcast this film at such a late hour (22:30) and if it were indeed the right time, why is such a valuable film not broadcast several times?

Why is this film "foreign reporter" not shown directly to the people in charge?

Why don't you make this effort if you have such truthful material? Why don't you hit back properly accordingly??

Are you too busy with the next film?

Why aren't you making sure that an infrastructure is set up in remote locations as well, so that satellite surveillance and the use of cell phones are deployed there as well?

Why are thousands of soldiers called up when, for example, a W. Bush visits a metropolis in Europe?

What are thousands of soldiers paid for all over the world, if they are only for the security of "irreplaceable people" and not used for the "usual, seemingly lowly rest"?

I will write to you how I would act if I were already in the position.

I would send the direct responsible persons including their entire family into the Congo particularly into these remote places, and leave them likewise to their fate, since these people from the money, which they earn by their position, lived so far well to very well and should experience now for it the fair compensation and/or the result of their activity locally.

Also the family members have lived well from this money, even if they cannot be responsible for the behavior of their big earners, but the affected children in the Congo certainly cannot, too.

Also the number of the children in the Congo will be very much larger than the number of the children, whose parents or grandparents sit for example with the UNO or in the White House and worry at present rather about the stricken world economic system, which is built up to a high portion by means of speculations by the stock market, whereby the money works independently!

But also here at the end of the chain the poor of the poorest pays and not do the bankers in the management which still receive a very high compensation sum, all the same which and whether mistakes were made by own failure.

Finally I would like to inform you that the above-mentioned responsible persons should receive a fair chance by this letter, so also the receivers of this mail and/or this letter, and if this chance should not be used immediately, the appropriate people should know that everyone should be more than only grateful if he will receive then still another second chance by the above-mentioned measure locally!! !

HP: There is enough capital in the world to take care of an order and justice in the world, only where it (the capital) is currently located or distributed; that is one of the crucial questions!

The war against Women in Congo

In the spring of 2006, European countries sent soldiers to the Congo to guarantee that halfway clean elections would be held. A contingent of the German armed forces also participated in this operation. The elections took place, were deemed a success and the soldiers were withdrawn. But for the people in the eastern provinces of the vast country, they changed nothing.

The Dead are buried after a raid by Hutu rebels.

Rival militias continue to maraud through northeastern Congo. The main victims are villagers who are defenceless against the gangs in the inaccessible forest areas.

The goal: Terror and the subjugation of the people through humiliation, degradation and destruction. Rape is systematically used as a weapon of war. It is mainly Hutu rebels from Rwanda who sought refuge in neighboring Congo in 1994 after the genocide.

They finance their weapons with the exploitation of raw materials. This is because the province is rich in gold and also in coltan, which is irreplaceable for the production of laptops and cell phones. The UN soldiers stationed in the province to secure peace and enforce human rights are too few and thus powerless.

The SWR television team witnessed atrocious crimes in northeastern Congo, while politicians and the world public still look on impassively.

A Film by Susanne Babila

The War against Women in Congo

SWR is a member of the ARD